Category Archives: How they did it

A Photo Blog with a Million Followers and What a Business Concept of “Pivoting” Is About.

In my first post I mentioned one of my favorite photography projects – Humans of New York (www.humansofnewyork.com) – a photo blog started by Brandon Stanton, a self-taught photographer who decided a couple years ago to take 10,000 pictures of New Yorkers and share them on his website. Above is one of my favorite images. Below – a few words about how Brandon changed his vision for the Humans of New York after a year and gained a million followers. (and another favorite image!)

HONY’s story is also a great way for anybody to understand the concept of “pivoting” – a strategic planning approach that was born in the Silicone Valley and proved to be useful in many other fields.

Brandon Stanton changed (pivoted from) his original idea (described above) for the photo blog when after a year of taking pictures he realized that nobody was paying attention that much – so he started adding short captions of conversations he has with his subjects. The blog became an internet sensation and the rest is history – a few months ago he gained a 1,000,000 millionth follower on Facebook.

That was not the only pivot, though – he also departed from his original delivery channel – the website he initially created to post pictures on. Once he started sharing content on social media, Brandon realized the website was just not going to ever generate the same traffic. So he dropped the site, and moved content entirely to social media.

The interesting part is also – HONY is not a money-generating project. However, it has been used to raise money for charity, and later this year “Humans of New York” book is coming out. I am sure I will come back to this project in the future.

1. Getting stuck in the product vision is not always the best way to go. If it doesn’t work, tweak the concept of your creative project/product – unless you want to show what you created only to yourself or your family and friends forever.

2. Social media channels cost next to nothing to use but can generate a huge clientele/audience base. However, you got to learn how to use it – social media is getting increasingly sophisticated and complex.

3. In an environment over-saturated with images, stories matter – what you see is not always what it is and it turns out, people want to know what’s behind the picture.

4. Monetization of creative projects is not always the main goal of the project – by creating massive followings, one can positively impact social issues, develop other projects, build awareness about an art form etc. But money should not be discounted – if the product is worth it, people will pay for it. More on that and HONY some other time.

Posted in How they did it, Uncategorized

This is a special day in America, and as I was looking for an appropriate image for the occasion, MOMA posted “Flag on Orange” by Jasper Johns on its Facebook page. I immediately re-posted, as it turned out to be a perfect fit for the first CrealityCheck post: Jasper Johns is one of the most successful American living artists (his estimated wealth is $300 million, and he is one of 15 richest living artists).

John’s career started when he had begun painting images of flags in 1955 and alphabet subjects in 1956, then also moving into sculpture and lithographs. All of his pieces now generate significant sales, but those early paintings are the most sought after by the art collectors. His “Flag” sold for a record $28.6 million at Cristie’s in 2010, “Figure 4” fetched $18 million in 2007, “False Start” sold for $17 million in 2008 etc. This is not news to the arts world, but what I find interesting is, speaking in business terms, the product of this artist. 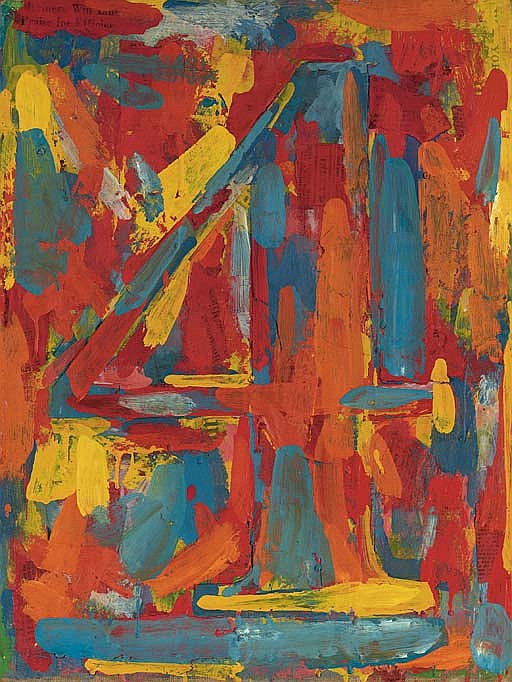 From a business perspective, Jasper Johns is a genius. He became a world famous artist and creator of the most iconic (and expensive) artworks by painting (and repainting, and repainting) rather trivial objects that surround us every day – numbers, letters, and the American flag. When discussing his early career he once stated: “In my early work, I tried to hide my personality, my psychological state, my emotions. This was partly due to my feelings about myself and partly due to my feelings about painting at the time.” What he did is worth learning from – he took his time, worked on his skills, protected his emotions while getting used to public exposure as an artist. He succeeded by playing safe at the beginning, and he won.

Many contemporary artists and creative professionals, especially early in their careers (and not only in visual arts), feel the pressure to constantly innovate, create pieces that expose their feelings and emotions to the audiences in the most raw forms and shapes etc. Sometimes it pays off, but often is also exhausting and unproductive.

1. If you are not ready to be publicly vulnerable through your work, you don’t have to be so to start – sometimes it takes time to become more confident in your practices – take that time, and work on projects that allow you to slowly reach comfort with what you are doing and how you are doing it. Simple, repetitive projects, as proven by Johns, do not ruin your credibility – they may, in fact, eventually bring you fortune.

2. Working on the same object/project over and over again gives time to build confidence and improve skills. It sometimes may become a business model (more on that in CrealityUniversity) that is easy to manage and gives the artist a chance to stand out in the crowd (anybody following http://www.humansofnewyork.com project?!).

3. Innovation is a buzz word that comes around every several decades for various reasons – to succeed as an artist, you don’t have to out-innovate Damian Hirst. Just finding something you can do really well sometimes is revolutionary enough.

Posted in How they did it